In the ten years I’ve lived in London I haven’t had many visitors. This is the second trip my mum has taken to London (most years I fly for 24 hours to Oz). I get the impression my folks believe they’ve seen London – they’ve done it and seen the sights including: Big Ben, Buckingham Palace, Westminster Abbey, The London Eye etc. This attitude infuriates me because there’s so much more the city has to offer. But being a Londoner for over ten years, I realise it’s very easy to take this city for granted and suddenly with Mum around I had a point to prove. I wanted to wow Mum. I wanted to show her that this is a city where anything is possible.  But I needed to understand what exactly would impress my 70 year old mother – who has after all – seen and done much more than I have…

Finding inspiration had to start with Mum. What did she want to do? Was there anything in particular she wanted to see? She was very sweet. All she wanted to do was spend time with me and my husband, James. That was sweet. But I needed more than sweetness, my mission was to prove that London was a place to visit and maybe they could visit me more often if they fell in love with the place. Eventually she told me that she was keen to visit a Jamie Oliver restaurant and visit River Cottage (which is in Axminster – not London).

When booking a table at Jamie’s Fifteen restaurant, her arrival was one week shy of attending a Burns Night event which Jamie Oliver was hosting. She would have been blown away to see Jamie Oliver because Mum and almost every Australian loves him. But if she couldn’t see Jamie Oliver…maybe there was someone else she might like to see? 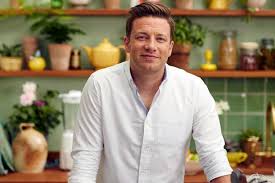 But how should I go about it?

Unfortunately I couldn’t produce another Jamie Oliver event (my husband and I went to the Burns Night event but that’s another story and another post).

And to be honest, in the last ten years I haven’t been lucky. Or maybe I’ve been blind (I’m sometimes too vain to wear glasses). Or perhaps I’ve been too busy listening to my i-pod because I’ve only seen one famous person walking around London and that’s Brendan Coyle, Mr Bates from Downtown Abbey. He looked exactly like the did on the show. Power to Brendan Cole for not having too much makeup on the show! I love Downtown Abbey. I wish I lived in Downtown Abbey. Ahhhhh….. moving along… 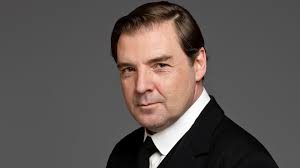 After a bit of research I found anther option – a Red Magazine Event being: Breakfast with Gillian Anderson and Jennifer Nadel. The pair were promoting their new book ‘We’. 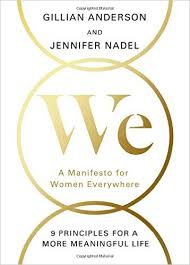 The thing is – I’m not sure what I was expecting when Mum and I turned up to the event to see the X-Files and The Fall star. Gilly wasn’t wearing dark shades or hiding from crowds. She looked like she had just walked off television with perfect hair, make-up and an incredibly cool demeanour. 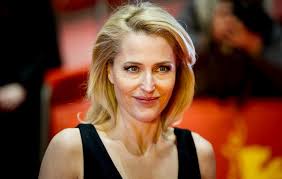 She was incredibly glamorous. I couldn’t help but running a hand through my own hair which I haven’t been bothered about for the last three months. Call me lazy? I’d call myself creative.

I wasn’t sure whether Mum was impressed with seeing a celebrity, even if she was the hot woman of the hour, the X-Files and The Fall star. As we breakfasted on croissants at Bronte Restaurant, with hoards of other woman, I couldn’t help feel that maybe breakfasting with Gilly wasn’t exactly what Mum wanted. Seeing a celebrity isn’t exactly real…does that make sense?

Maybe Mum really just wanted to spend some time with me? Maybe not visiting London wasn’t anything to do with all the cool things that it could offer? But what was the root cause of the non-visits (possibly my husband and I always jet-setting to Australia??).

Regardless, I wanted to make Mum’s trip to the UK as memorable as possible so as I heard Gilly and Jennifer discuss their self-help book ‘We’. I began to consider what other things might impress her but that’s for another article.

For my loyal newsletter subscribers, I’m sending you just what I learnt from Gillian Anderson. If you’d like in on that – sign up now – plus I’m working with loads of authors so I can offer you freebies.