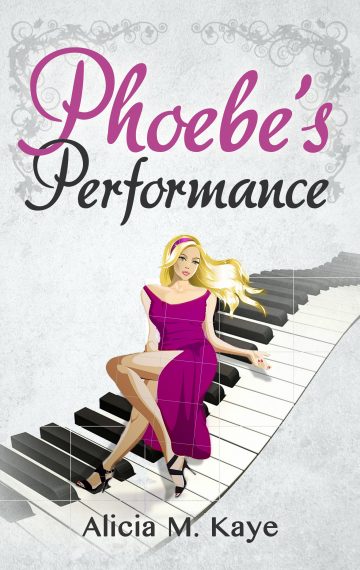 Former musician and twenty-something Phoebe Vermont hasn’t played piano for years. Once a rising teenage star, in her “older years” she prefers to lead a performance-free, low-key existence, without theatrics.

She plays things so safe that she’s practically wrapped her life, and her heart, in cotton wool. She lives in her sister’s London flat. She works as a barista, slinging coffee. She’s had the same steady boyfriend, Ben, for almost a decade.

But when Phoebe’s job at the café disappears in a puff of smoke, she has no choice but to find a new job – and fast. Forced to make use of her qualifications from the Royal College of Music, she finally secures a position as a musician’s assistant.

As her life is thrown into upheaval, on the plus side, at least her new boss, Otto Arnold, is a famous pianist and gorgeous. But on the downside, after breaking his hand he‘s becoming increasingly difficult. He even insists Phoebe do the one thing she tries to avoid at all costs – play the piano.

Phoebe’s Performance is a heart-warming story of rediscovering the carefree inner child within, of learning to take chances in life, love, and letting go.

This title is currently available on Wattpad.